Fredrik deBoer asks why so many people have so much trouble evaluating propositions to do with social justice on a continuum. He cites examples from cultural appropriation to campus hookups, asking in every case why so much of the conversation about these issues ends in extreme, opposing, and angry positions. 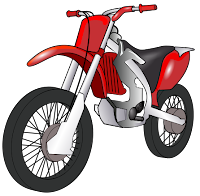 I don't have the answer, I don't think a single answer exists. With multiple cultures rubbing up against each other, ideas and expressions may seem perfectly innocent to some people, and egregiously offensive from a different perspective. Some commentators have suggested the growth of social media has reduced dialog between people who disagree while concentrating and amplifying the dialog among like-minded people, thus encouraging the unchecked adoption of more and more extreme positions.

I don't know why this has happened, but I have a theory.

In Zen and the Art of Motorcycle Maintenance, Robert Pirsig identifies two separate habits of thought: the romantic, which he describes as holistic, wanting a sense of emotional and aesthetic consistency, and classical, which he describes as focused on specific, discrete problems, ad the solution to these problems. He describes romantic thinking in terms of art and music, and classical thinking in terms of technology. As Pirsig describes it, pistons, engines and circuit boards belong to the world of classical thinking, while music, art, and riding the open road with the wind in your hair belong to the realm of romantic thought.

Zen and the Art of Motorcycle Maintenance appeared just before the advent of the modern home computer system. I have no idea how computers might have fit into the framework Pirsig describes, but from my perspective computers, and programmers, have a strong romantic streak. We look, probably much more than we should, for comprehensive solutions. Our results, and our failures, may help illustrate one of the causes of the political thinking on some university campuses.

In the same way, a search for consistency in politics weighs in favour of validating all claims. Instead of evaluating each specific claim of cultural appropriation, weighing the evidence and attempting to derive some ethical rules, we just adopt a general position declaring all cultural appropriation bad and punishing it equally. That appeals to the romantic view of politics; it also makes proportioned judgment impossible.
Posted by John Spragge at 11:59 PM