The Tassé report on the Toronto Port Authority has come out, and it has dashed the hopes of Toronto City Centre Airport opponents in nearly every particular. Mr. Tassé states clearly that the disruption to business plans that companies, particularly REGCO, had made in good faith quite legitimately created liabilities for the city and the federal government. He found that the Port Authority and its negotiators did an acceptable job of containing the liabilities at $35 million. But Mr. Tassé goes further: he asserts that Toronto City Centre Airport (Toronto Island Airport) plays a useful role in Canada's transportation system, and he tells us closing it would involve unacceptable costs. 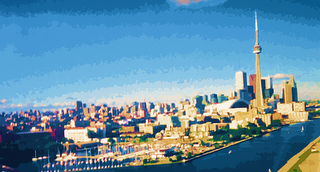 Obviously, the critics of Toronto City Centre Airport, and the allies of Mayor Miller, have no intention of accepting this report. But their reaction has three interesting omissions. First, they provide no actual evidence to refute the Tassé report. Second, they say nothing about any possibility of an alternate plan for waterfront development, which might actually accommodate the existence of the airport and still develop a vibrant, multi-use neighbourhood. Indeed, I have never seen an opponent of the airport explain precisely why we cannot build a working mixed use area, and they have yet to address the possibility that we might try. As a third omission, airport opponents have not addressed the question of whether the city and region can come up with a transportation plan that would eliminate the need for this airport.

I have no direct knowledge from which I could comment on why Mr. Miller and his allies do not provide evidence to refute Mr. Tassé, or why we have seen no waterfront plan which could accommodate the airport. But I do have some experience with the question of regional transport planning. At a public forum in this election, I asked Mayor Miller if he would agree to have a task force review the regional planning for long-range transport in the Greater Toronto Area, taking into account road, rail, and air, and report on the options available for the future, together with their fiscal, social, and environmental costs. Jane Pitfield said yes. David Miller said he didn't think he could get the civic leaders of Durham Regional Municipality to go along with it.

So there you have it. Our current mayor has shown no indication he intends to even ask the residents of Toronto for ideas about building a vibrant, multi-use neighbourhood which could accommodate an airport on Toronto Island. He doesn't think he can get an agreement to study the issues of long-range transport that we face, and lay the costs of the possible options before the people of the Greater Toronto Area, so we can make an intelligent, informed choice. And if he and the other opponents of Toronto City Centre Airport have a solid, fact-based argument to refute the Tassé report, they haven't shared it with us.

Under these circumstances, I have to ask: how long do our mayor and his allies intend to hold their (and our) breath on the waterfront issue?

Posted by Anonymous at 8:20 AM