Why do we do this to ourselves? 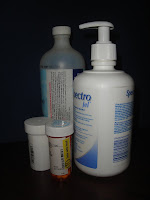 Today, CTV News put the headline "American legislator calls Canada 'parasitic'", with the attached story, on their front page. Clicking into the story, I discovered that Dr. Carolyn Bennett, a Liberal MP and medical doctor, had testified before an American house committee, and one of the minority (Republican) members had regaled  her with codswallop about how the US does all the world's medical innovation. He didn't even single out Canada; he threw France in with his list of so-called "parasites" as well, although I seriously doubt the French media will take much note of what he said.

Why do we? Why do Canadian media seem to highlight negative comments about Canada by American Senators and members of the House, no matter how minor or marginal? I remember once CBC had an aide to Senator Helms trashing Canada's engagement with Cuba. I remember thinking that it would surprise me very much if any American network would give a second of air time to this ranting minion of the most controversial (read widely disliked) member of the American senate. Yet our national network duly gave him time and attention.

I think Canadians should pay serious attention to informed, intelligent criticism of our national policies. I do not think we should pay attention to comments just because a US legislator utters them. We should definitely have a conversation about Canada's contribution, both historical and ongoing, to medical innovation world-wide. If we discover that we don't contribute enough, we should increase our funding, and find ways to improve the incentives we offer to innovators. We have had this conversation before, in many respects, it goes on all the time. But we don't need to define ourselves by what other people say, particularly when those people have their own agenda: in this case, a health system that siphons 16% of the wealth produced by the world's largest and most productive economy, and delivers no more than medicre results.
Posted by John Spragge at 11:36 AM