Right to the road 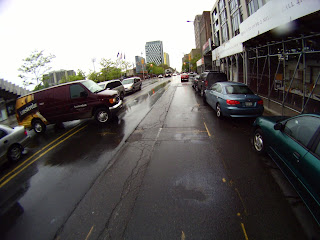 When the question of licensing drivers arose in the early decades of the last century, the governments and people of the time resolved it by defining a driver's license as a privilege. Since that time, the government has taken pains to emphasize the nature of a license as a privilege, earned by skill and good behaviour, rather than an inherent right. Recently, some drivers have apparently begun to push back against this, claiming the operation of a motor vehicle as a right, derived from the right of personal mobility. This push back has arisen in the context of discussions about medical fitness of older drivers and the limits on the right of cyclists to use the road.

English law, from Magna Carta on, enshrines the right of personal mobility, the right against detention without cause and the right to hold anyone who detains you to account. So does almost every society with laws fashioned on the English model. The rights of personal mobility necessarily include the right to move through public space. But a right does not come with the ability to impose burdens on other peoples' exercise of their rights.

In the case of cars, the burden in this case falls on the Charter section 7 right: life, liberty and security of the person. In 2007, the most recent year we have numbers for, road accidents, most involving cars or other powered vehicles, killed over a million people. Moving about on your own power is a right; using a vehicle as dangerous as and automobile or light truck is a privilege, granted not by a government but by your fellow citizens, who agree to bide the danger.

Almost a century ago, our grandparents and great grandparents concluded that operating the new powered vehicles made possible by the internal combustion engine creates so much danger it made sense only as a privilege. I believe the subsequent century of experience has only shown the wisdom of that conclusion.
Posted by John Spragge at 3:11 PM