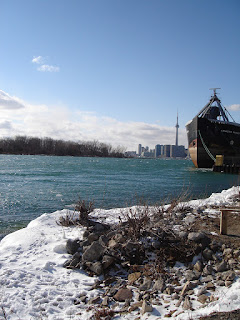 After a pause, a very brief pause, in the interests of decency, the negative assessments of Rob Ford's performance as mayor have started. And indeed, Rob Ford's tenure in the mayor's office was a disaster, most of all for Rob Ford. Edward Keenan's got it mostly right. Heck, nearly everybody has it right. Rob Ford's talents, his outlook, did not match the skills and the perspective a mayor needs.

Rob Ford believed in servant government. Politicians should believe in servant government. If more politicians really wanted to serve the people, instead of socking away money in off-shore tax havens, we wouldn't just have better government, we'd have a better world. Rob Ford wanted to solve people's problems. He wanted to serve as the kindly scullery maid handing leftovers out the back door. He wanted to answer phone calls and get potholes filled. Despite his lapses, he did a good job as a councillor.

A mayor, on the other hand, needs a different skill set. A mayor needs to understand how the city can work for everyone. A council member can play the role of the kindly scullery maid, but the mayor needs to act more like a butler or majordomo, someone with a vision for the way the household needs to work for everyone, and the toughness to carry it out. A mayor has to say no, much more than a councillor. Councillors can press for a road their constituents want; the mayor has to read the report from the traffic engineers on where the cars will go after that road reaches the ward boundary. Rob Ford never fully understood that. I remember him speaking at the opening of a bike lane: despite the blather by Don Cherry about "pinkos" and bikes, Toronto actually put in a good few bike lanes, and protected lanes, under Mr. Ford. Rob Ford understood people wanted these lanes installed, and I could sense real good will from him. He wanted people in Toronto who want bike lanes to have them. It hurt to hear him, because he didn't grasp that to have a bike lane network people can use, you sometimes need to put bike lanes where the people don't much care about them. You can't build a transportation system where everyone who wants subways gets subways, and everyone who wants roads gets roads, and everyone who wants bike lanes gets bike lanes. A transport system built to cater to everyone's wishes would have people hopping on and off bikes, in and out of cars, down into subways and up into streetcars.

That lack of an overarching vision doomed his attempt to do the mayor's job. In almost everything, a mayor needs a vision for the city: the way it can work, the way it can develop, what it can grow into. Taking the easiest next step at every point leads to something computer scientists call the greedy algorithm, and it doesn't get you where you want to go at the lowest cost. Rob Ford tried to cut city expenses wherever he could, but he had little in the way of an effective plan, and he failed. 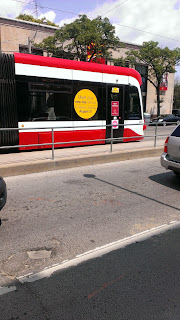 In some important ways, Rob Ford succeeded. He succeeded in galvanizing opposition to his cuts all over the city. He succeeded in getting people in Bloor West to organize to protect our High Park Zoo. The threat of losing public services to the cutting agenda brought people from all over the city to talk about what we value, what we want to keep, and why. Both  Rob Ford and the city lost an opportunity to have a positive conversation about what services we want and how best to provide them. The community in Bloor West organized to preserve services and amenities. Part of the credit for that goes to an active city councillor: Sarah Doucette of ward 13. Much of it goes to an engaged public. But a little credit has to go to the Fords for starting the conversation. All of this happened without much conscious thought on the part of Mayor Ford and his staff. What could he, and we, have accomplished if the mayor's office had made a conscious choice to decentralize the civic government with the involvement of all the people of Toronto?

Rob Ford's election jolted the complacent assumption that the Toronto that "matters" consists of the rectangle bounded by Eglinton Avenue to the north, and the Don and Humber Rivers to the east and west. The sense of entitlement felt by residents of "old" Toronto often passes without comment, but I remember vividly sitting in a meeting and hearing a self-appointed representative of the Toronto "high culture" community suggest the world exists to support their quest for perfection. By providing a means for the rest of the city to rebuke that arrogance, the Fords did the city a real favour.  Unfortunately, the rebuke has taken a long time to develop into a serious conversation about the respect residents of different parts of the city owe to one another. Again, Rob Ford did the city a good service, but he could have done much more.

Rob Ford never found a way to really celebrate this city's vibrant commercial culture. Walk down most shopping streets in Toronto, and at least have the businesses have signs and designs you won't see anywhere else. We don't give this city enough credit for that enormous creativity and, yes, courage; in most cities of Toronto's size, close to three quarters (or more) of the businesses consist of national chains or franchises, all the signs spelling out internationally trademarked names, all well advertised on TV and Google. We still wait for the city's political culture to figure out a way to celebrate that singular achievement.

Rob Ford's personal failings have had plenty of attention; of them all, his homophobia had the worst effect on the city. In 2014 Toronto hosted World Pride, and the mayor did not show up. That may have a salutary effect in showing how far we have to go, but it did not reflect well on one of the most tolerant cities on the planet.

Rob Ford found himself in a position he had neither the education nor the temperament for. Through his term in office he missed more opportunities than he seized, he delayed more important initiatives than he put through, and other people on city council did what it took to keep the city running. His homophobia reflected badly on the city, and reflected worse on him. None of this we should forget; let us not also forget that, mostly by accident, he exposed problems in the city government that we have to address in order to solve; let us also remember, to his credit, that he really cared about the city, served it as best he could, did not give up on himself, and faced illness and death with a dignity that eluded him during he pit of his addiction.
Posted by John Spragge at 3:30 AM