Would simplifying the laws help?


Ontario has a the provincial law on distracted driving. What would happen if we repealed it? The criminal code of Canada already has a section (249) prohibiting the operation of a powered vehicle or aircraft in a manner that endangers the public. Does anyone not think tooling down the road while taking a selfie, texting, or talking on a hand-held device endangers the public? Creating a special category of "distracted driving" allowed the legislature to create special (specially lenient) penalties. Dangerous driving carries a maximum sentence of five years in prison. Distracted driving carries a maximum sentence of a thousand dollar fine and three points on your license. The real distinction, however, kicks in if a distracted driver kills someone. Provincial laws do not increase the penalties for driving offences when a death or bodily harm results. If the province didn't have specific legislation on distracted driving, but rather a regulation requiring prosecutors to pursue charges of dangerous driving against distracted drivers, driving into someone and killing them while answering a text could mean up to a up to fourteen years in prison. 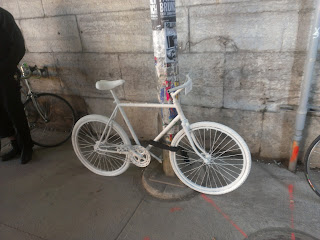 Section 252 of the criminal code of Canada prescribes penalties for leaving the scene of an accident. What if we replaced it by a law that made it a criminal offence to hit someone with a vehicle and injure or kill them? The law could allow drivers to present, as an affirmative defence, that they had operated according to the law and prudently given the conditions, and that the crash came about because of factors they could not control. A driver who left the scene of the crash would only escape criminal liability if they could escape detection indefinitely. Drivers who left the scene of a fatal crash would find it impossible to explain their behaviour, and the courts would convict and sentence them for the essential offence: killing someone with a motor vehicle.

Legal simplification only works if the courts will apply common sense when enforcing the law. It makes sense that when manually controlling an automobile that covers twenty meters every second, a person taking their eyes and concentration of the road for the thee seconds it takes to send a text endangers everyone within sixty meters, but how many dangerous driving charges did the police lay against texting drivers before the province passed the distracted driving law?

As long as we stay with the social convention that we will never require drivers to apply even the most rudimentary logic, that no act behind the wheel violates the law unless the law specifically prohibits it and a police officer witnesses it, we will always need more and more detailed laws. The penalties these laws prescribe will always fall between the need to deter and denounce truly dangerous behaviour, and the impulse to keep motoring available for everyone. We have to live with that situation, at least for now, but that does not mean we should accept it. In principle, fewer laws, backed by a social and legal consensus that we need not pay our road tolls in blood and that we ought not to condone behaviour that endangers other people, would serve us much better.
Posted by John Spragge at 3:42 AM